Understanding the need for

Mass incarceration is the latest chapter in our history of social injustice, but the story is not yet finished. Journey with us as we accompany the most vulnerable and helpless amongst us, modeling our mission on the life of Christ. 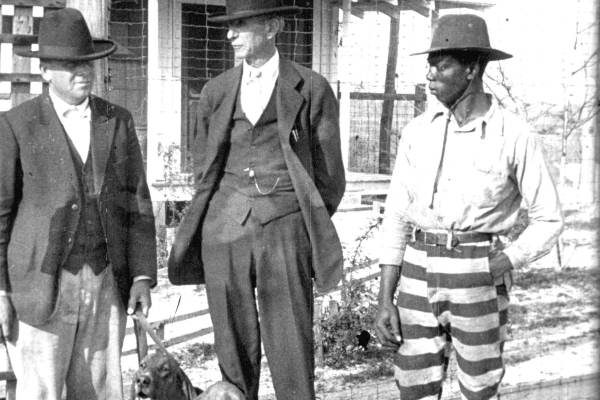 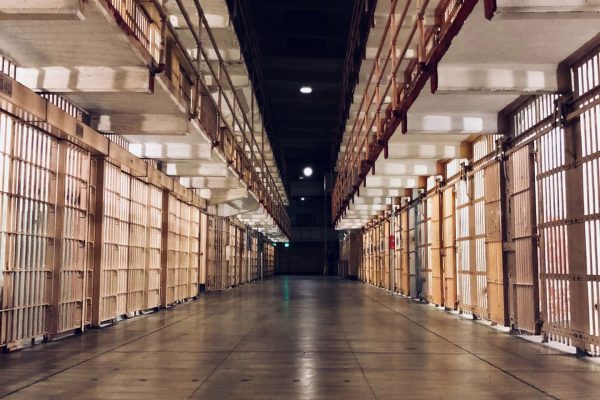 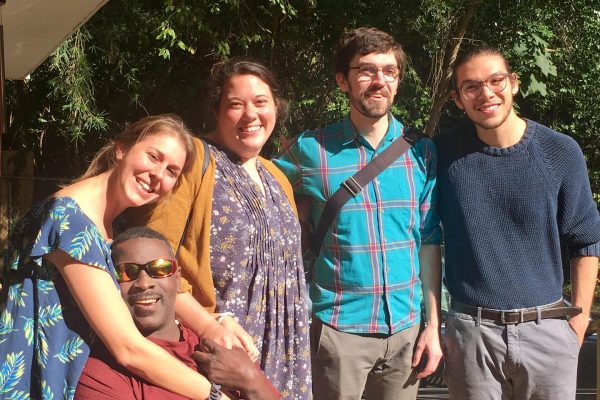 "The Church is called to act permanently the mercy of God in favor of the most vulnerable and helpless in whom Jesus himself is present...we will be judged on this.”

Our past tells a gruesome story of publicly recorded slave sales, convict leasing, forced labor camps, torture, lynching, and executions. Acknowledging our past is crucial to understanding our present injustices. 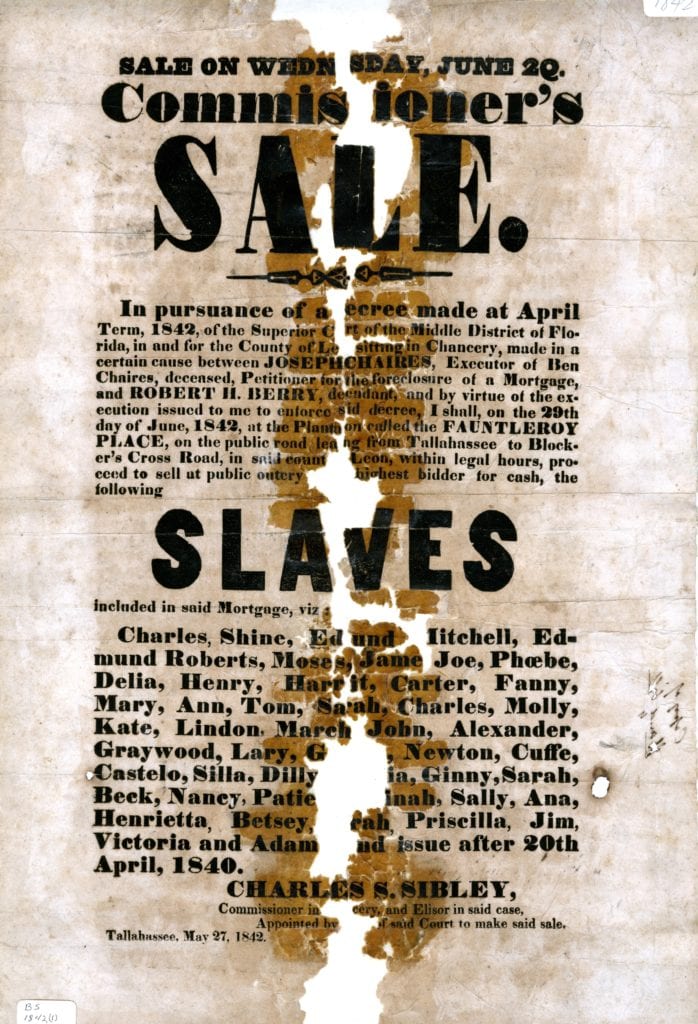 Public notice for a slave sale on June 29, 1842 near Tallahassee​

Announcement with the date and time of a slave sale near Tallahassee by Charles S. Sibley, a Commissioner in Chancery appointed by the Superior Court of the Middle District of Florida.

The sale was to take place on a plantation known as the Fauntleroy Place.

The slaves are identified by name in the notice. 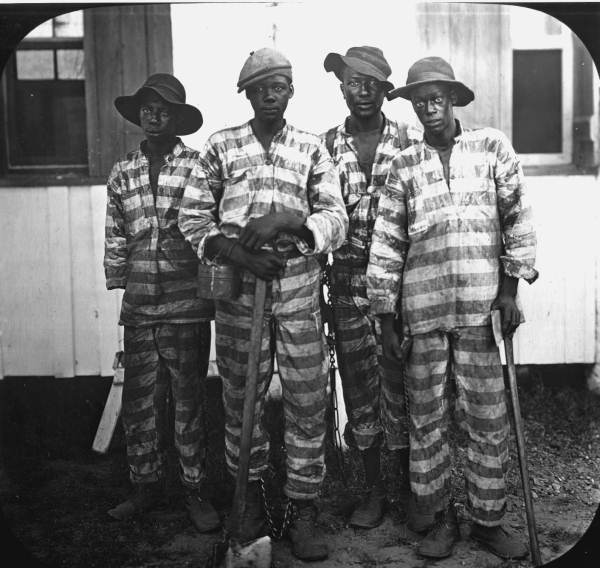 In the early 20th century, the vast majority of state prisoners in former slave states were leased to private companies for hard labor in extremely harsh conditions.

Many were sent away deep in the pine forests of North Florida where prisoners were expected to labor from sunrise to sunset tapping pine trees for turpentine, clearing swamps, harvesting timber or building roads. Most of these prisoners were convicted of minor crimes such as loitering, vagrancy, or even changing employment without permission. 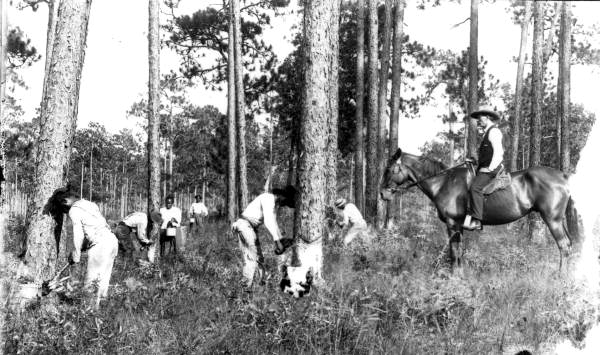 Numerous convict camps sprung-up throughout north Florida in the decades following the Civil War. The primary industry in Florida was turpentine. These prison and forced labor camps were established during the period known as the New South when many southern states sought new ways to create industry in the postbellum South. Workers in these camps were mostly African American men who were arrested under what was known as the Black Codes and later Jim Crow laws.

Florida, along with other states in the South, began the practice of leasing out convicts – many of whom were criminalized for being unemployed, homeless, or incurring debt under a barbaric peonage system – to private industries that sought to modernize the South. As noted by historians, the roots of convict leasing in Florida stems back to the end of the Civil War and the establishment of the Florida Department of Corrections in 1869. By 1907 nearly 90% of all state prisoners were leased out to turpentine operations and the vast majority of these prisoners were African American men. 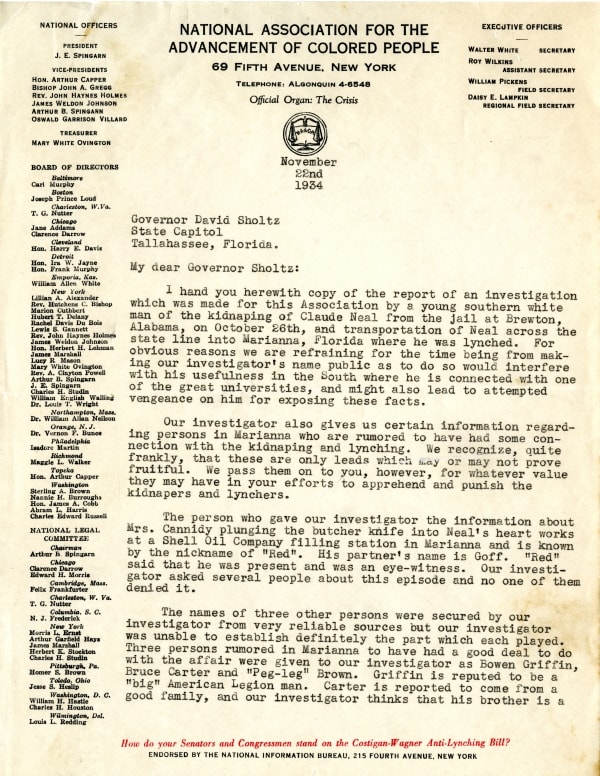 Twenty three year old African-American laborer Claude Neal was accused of the murder of a white woman he had known almost his entire life. Neal was brutally murdered and left hanging on a tree outside the Jackson county (Marianna) courthouse.

The ‘spectacle lynching’ attracted a white crowd numbering over 2,000. There are 9 lynchings reported in Jackson county.

Florida had the highest rate of lynchings per capita of any state in the country in the 20th century.

This report sparked a radical critique of the South and the widespread practice of lynching. 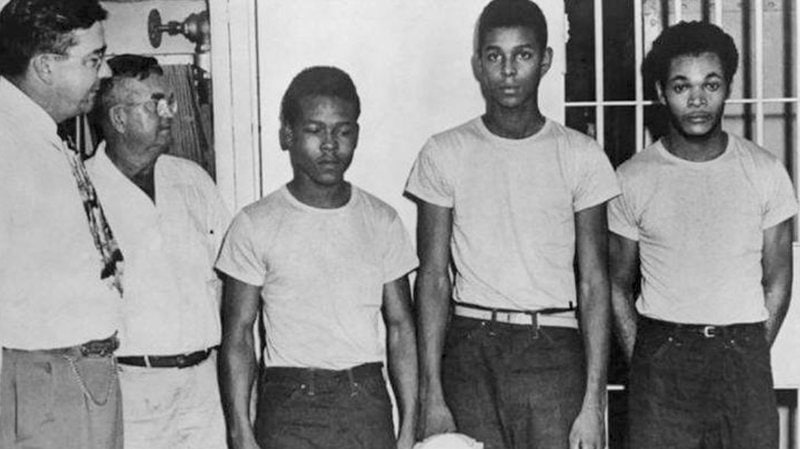 Conviction of
"The Groveland Four."

On July 16, 1949, Norma Padgett, a 17-year old Groveland, Florida woman, accused four black men of rape, testifying that she and her husband were attacked when their car stalled on a rural road near Groveland, Florida. The next day, Charles Greenlee, Sam Shepherd, and Walter Irvin were in jail.

Ernest Thomas fled the county and avoided arrest for several days until a Sheriff’s posse shot and killed him about 200 miles northwest of Lake County in Madison county. Sam Shepherd and Walter Irvin were sentenced to death in a trial. 16-year-old Charles Greenlee, because of his age, was sentenced to life in prison.

In 1951, Samuel Shepherd and Walter Lee Irvin were shot by Sheriff Willis Virgil McCall while being transported from Raiford to Lake County. McCall said they had attacked him. Walter Irvin survived and accused McCall of forcing Shepherd and him from the vehicle in which they were being transported and shooting them down. It became known as the “Groveland Shooting”.

70 years later the four men were pardoned for what was a racially motivated conviction. 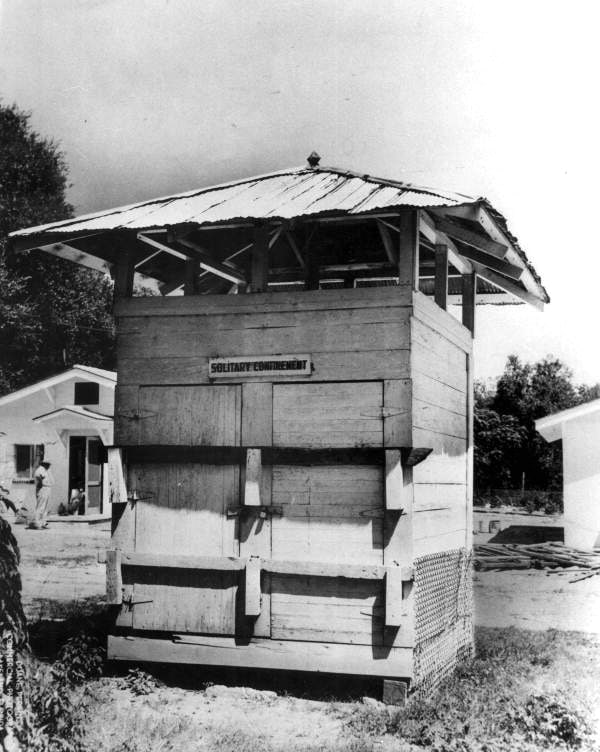 While the Sweat Box is now obsolete, solitary confinement remains a widely used form of punishment in Florida with roughly over 12,000 housed in confinement on any given day.

As we’ve allowed the problems of our past to take new forms in the present, the United States now has the highest prison population in the world. Without support services, two-thirds of those released will return to prison within three years. 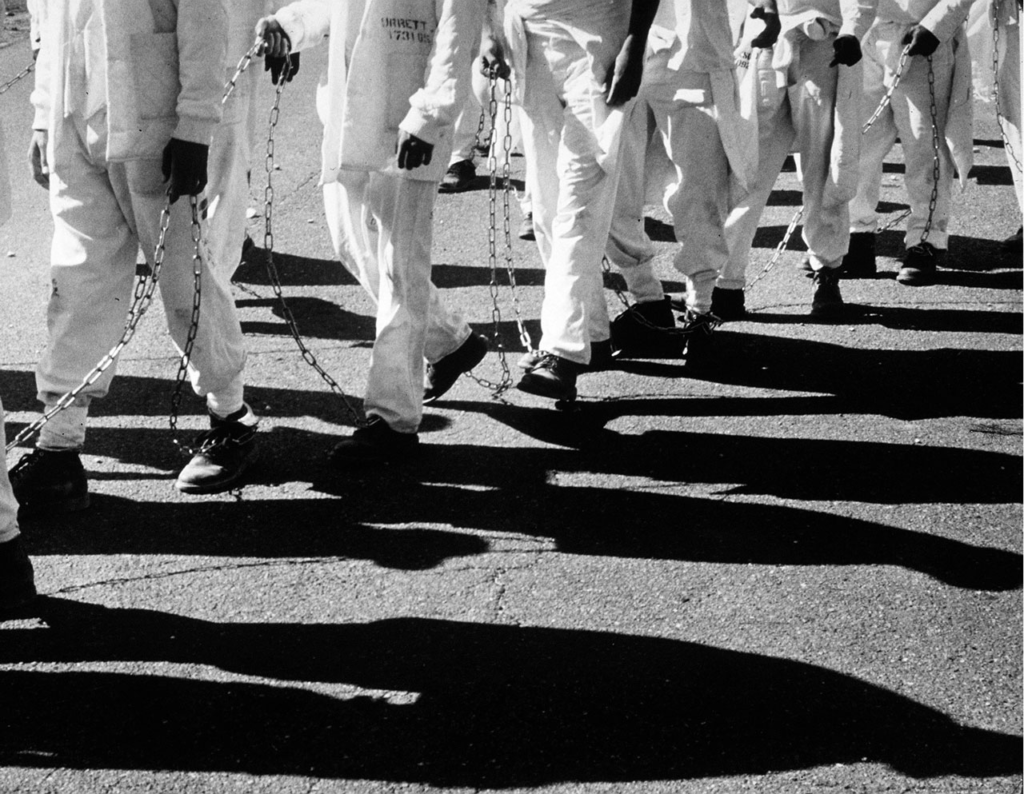 The United States has the highest prison population in the world.

We are 4.4% of world’s population but house roughly 22% of world’s prisoners. Much of this is due to our severe length of prison sentences. Our incarceration rate has exceeded the Gulag’s in the Soviet Union when it housed around 1.2 million, while we have around 2.4 million incarcerated.

Through your help Joseph House is able to provide support services to accompany those most affected by mass incarceration. 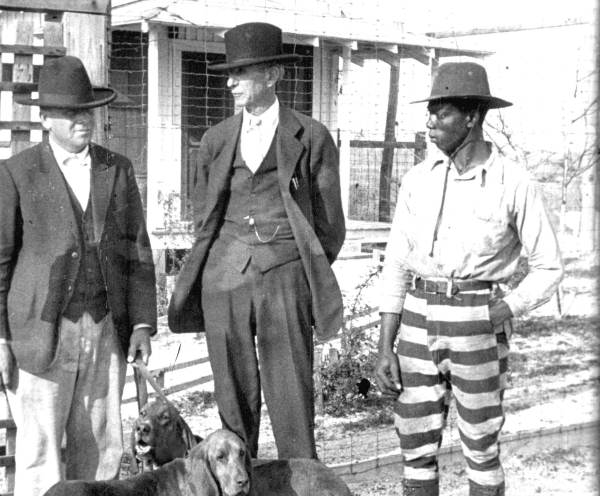 Florida's incarceration rate exceeds every prison population on the planet 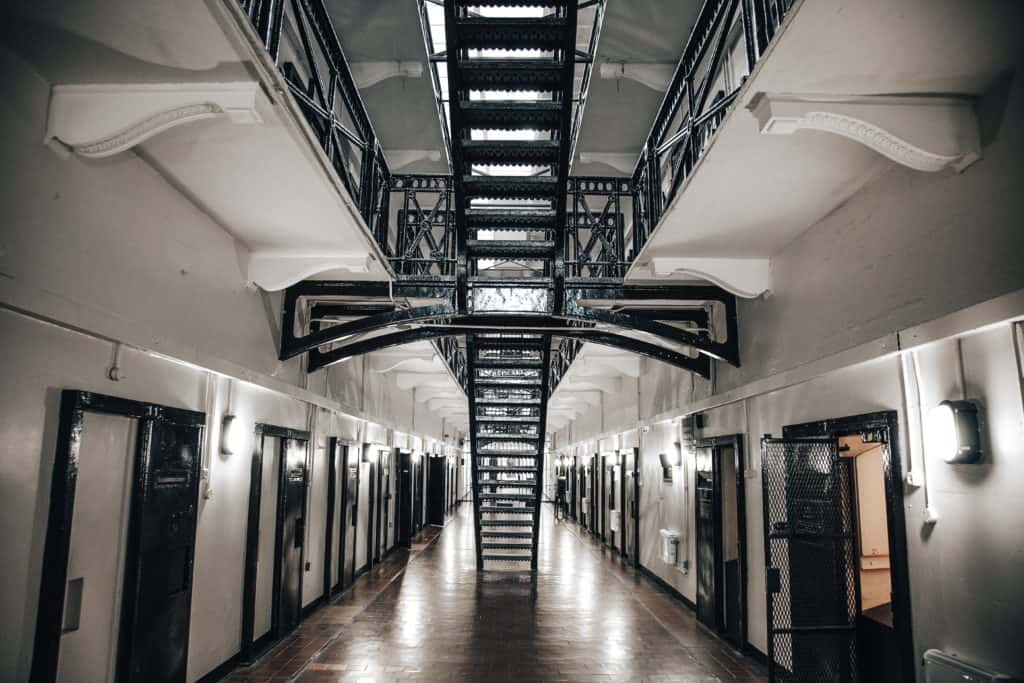 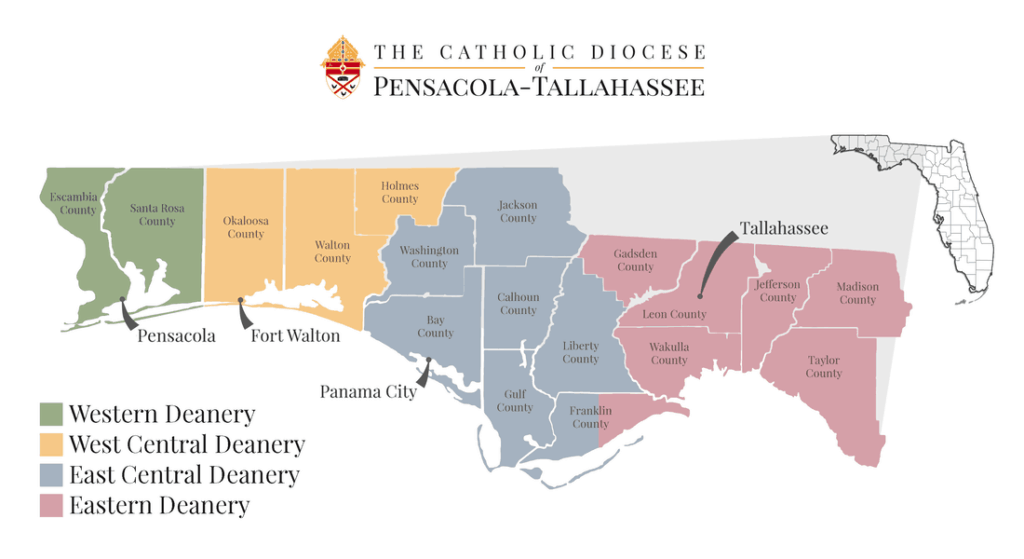 Narrowing in, the area spanning from Pensacola to Tallahassee houses roughly 40,000 prisoners. This incarceration number is the same as the entire state of Missouri.

"The harvest of justice is sown in peace for those who cultivate peace."

Joseph House exists because 95% of the 100,000 men and women currently incarcerated in Florida will be released.

Without support services, two-thirds will return to prison within three years. 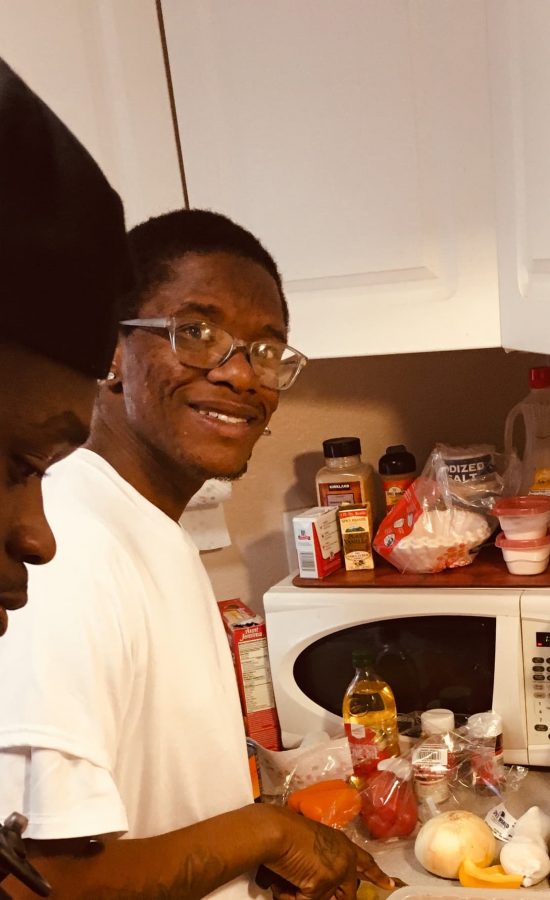 A commitment to full reintegration into society.

Joseph House provides community support, evidence-based, trauma-informed programming, and collaborates with other community providers. Participants are provided with housing, food, clothing and a range of support services to assist with their transition back into society.
Our Approach