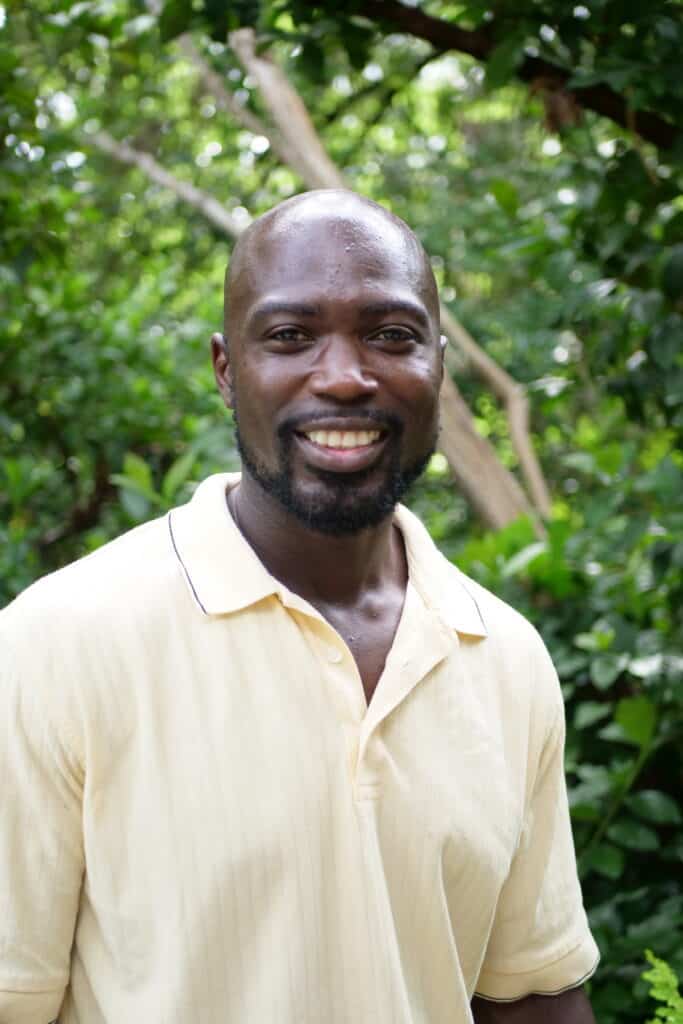 “I wanted to leave prison the minute I arrived, but what happens is when you get locked up, your brain can’t comprehend being in there as long as your sentence, so you get into everything that is bad, and you do all the wrong things because you’re trying to take your mind off doing all this time in prison. It hurts so bad knowing you can’t see your family. It’s the darkest place I have ever been in my life,” he said.

Pre lived in 18 prisons and spent more than 10 years in solitary confinement. “In my early time, I was getting in a lot of trouble. Solidarity confinement is not good for a human,” Pre said.

While living in a solitary confinement dorm, Pre met Father Dustin Feddon. As their friendship evolved, they dreamed of a place where formerly incarcerated men could live once released from prison. Father Dustin credits the conversations they had as the early building blocks for Joseph House.

The two men lost contact when Pre was moved to another compound in Jackson. After two years in Jackson, Pre was transferred to Florida State Prison. Still in solitary confinement, Pre began to enjoy living by himself. His daily regimen consisted of reading books, listening to National Public Radio and working out.

Later Pre was transferred to Santa Rosa Correctional Institution, where he learned he would have a roommate. “In the middle of the night, I was told that I was being transferred. I was mad and questioned God. I wasn’t happy about having a roommate, but God blessed me with one of the best in 22 years,” Pre said.

God blessed me with Joseph House. It’s the best thing that has ever happened to me. A lot of people don’t have this opportunity. Some people can’t bounce back like me”

When Pre arrived at Santa Rosa, he asked the prisoners who had been there awhile if they had seen Father Dustin. They said they had not seen him in a long time. “The reason I hadn’t been back in two years was because it was in the middle of the pandemic,” Father Dustin said.

When Father Dustin finally returned to the prison, he was told by the guards that he could only go to one dorm of his choosing. “Father Dustin could either go right or left, and he went right, choosing my dorm! I remember lying in my bed reading a book. My roommate kept saying he sees the pope,” Pre laughed. He immediately thought it could be Father Dustin. “When I saw him, we said each other’s names at the same time. That was the moment that changed my life forever.”

When Pre was moved to Santa Rosa and saw Father Dustin, he knew it was an answer to prayer. “Even though I had doubts about it, I told my roommate, ‘Man, that’s why I am here. That’s what I’m here for; that’s the only thing that makes sense,’” Pre said.

“When Pre said he wanted to go to Joseph House, I knew it would be an excellent fit for him,” Father Dustin said.

After 22 years of incarceration in Florida, Pre moved into Joseph House in November 2021. Although he left prison with work experience behind prison walls, Pre did not have a birth certificate, Social Security card, driver’s license, car, job or money to support himself. The staff at Joseph House helped him obtain the necessary documents.

“Everything about Joseph House is perfect for a person coming out of prison. They give you resources, and if you don’t know how to do something, they teach you,” Pre said. “God blessed me with Joseph House. It’s the best thing that has ever happened to me. A lot of people don’t have this opportunity. Some people can’t bounce back like me.”

“For Pre to go through everything he went through in those confinement camps and to come out with this level of joy and openness is a miracle. The world was against him; the world was taking his joy; but the Father of orphans gives him that joy,” Father Dustin said.

Pre currently works two jobs and is active in his community. In April 2022, he was invited to speak at the Lumen Christi Catholic Criminal Justice Reform Network Conference at Georgetown University in Washington, D.C. He spoke to judges, legal scholars, bishops, lawyers and other formerly incarcerated individuals about prison abuse, and he shared stories of human resilience among the incarcerated.

Pre was also a guest speaker at the United States Conference of Catholic Bishops Social Gathering, and he spoke at the Big Bend After Reentry Coalition in Tallahassee.

After living at Joseph House for eight months, Pre moved into an apartment this past summer and enjoys living alone. He has remained active in the nonprofit ministry and serves as the community educator for the residents. Pre’s primary role is to educate the community about Joseph House and its mission. 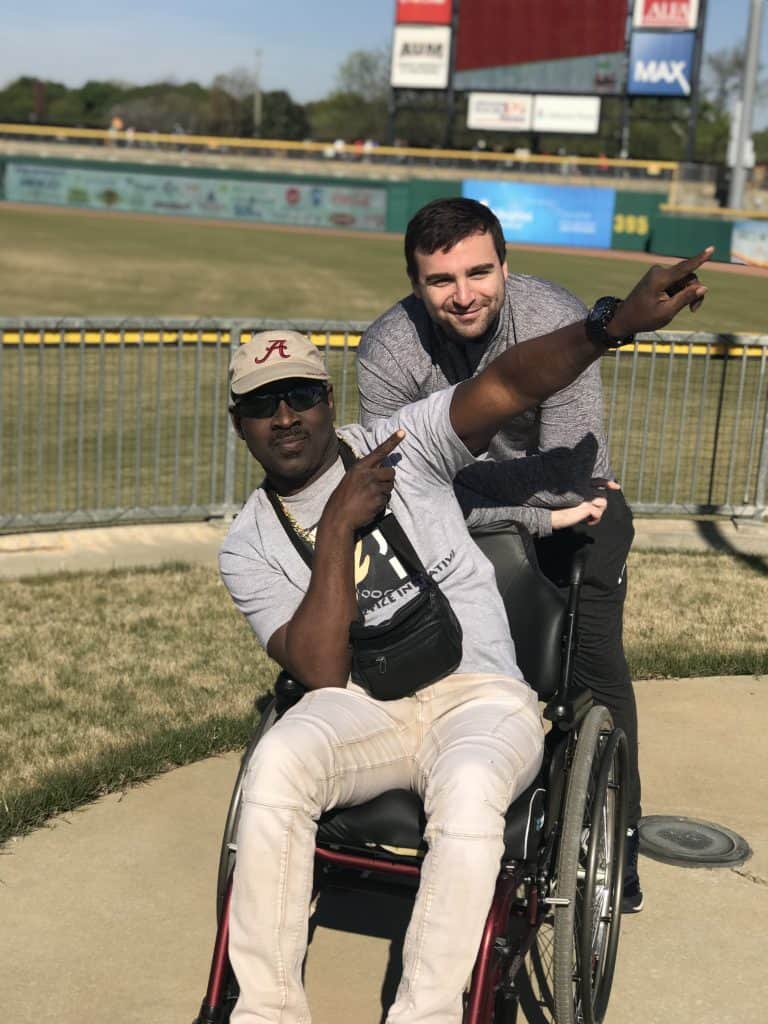 Dear Family and Friends: The NYC Half Marathon was Sunday and it was an honor to run for Joseph House. I want to send a 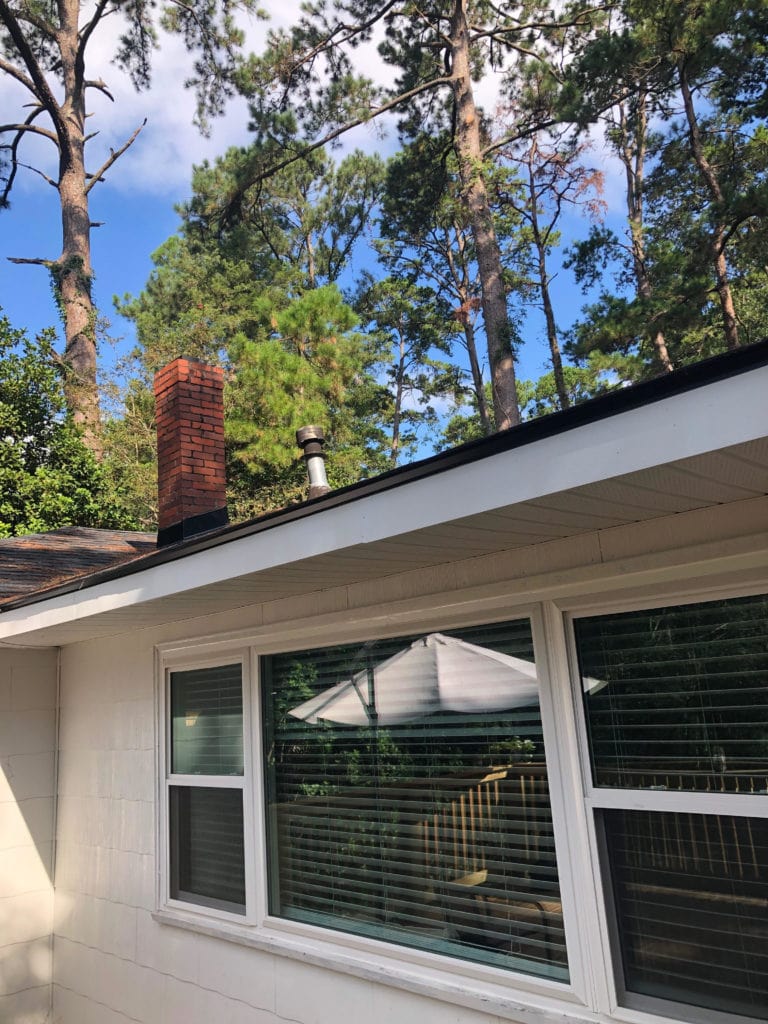 Welcoming a new friend in November

Joseph House is very excited to be welcoming a new resident, who will arrive the first week of November. Settling into a new home – as well